infrequent.app - stay in touch with those who matter

Some months ago, I built a small script to help me stay in touch with those who matter to me. The concept is fairly simple: I want to stay in touch with person p every t period of time. If t has passed, and you haven't talked to p, you get a reminder.

I've been using this script/system for the past 5 months, it has served me well. I've been keeping up with mentors, ex-managers, family, and friends - without much effort. Which is the goal. It's not that I don't like editing a bunch of markdown files every week - but I wanted something smoother.

Also, the more I've told people about my system (which is not even mine), the more I've realized that I'm not the only one who needs something like this. Generally, people have a hard time keeping in touch. It's not that we don't care - it's that life gets in the way. 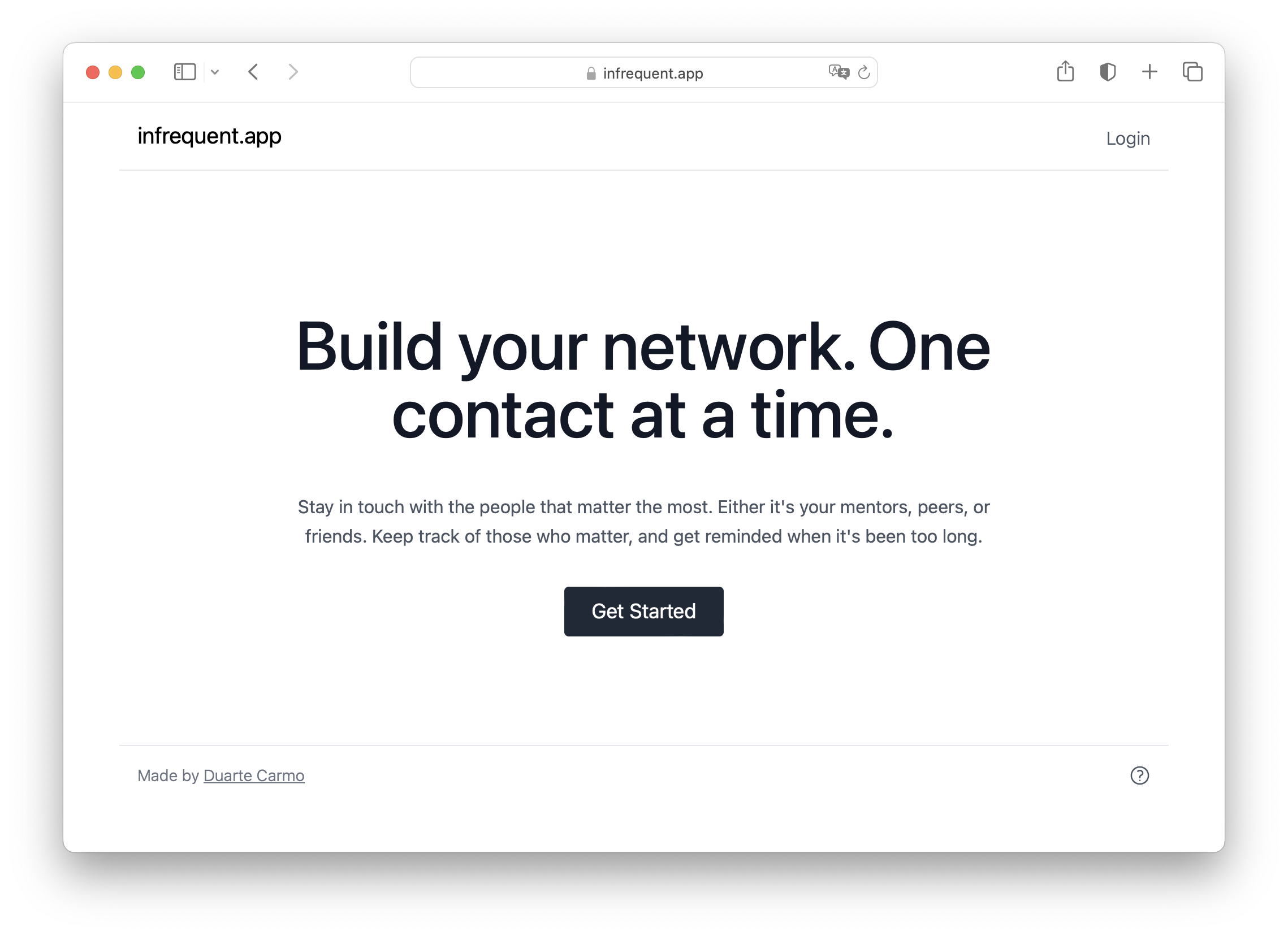 And so I built infrequent.

Infrequent is a system to stay in touch with those I care about. A system that I built literally for myself, to scratch my own itch. But also a system that I hope helps others out there. 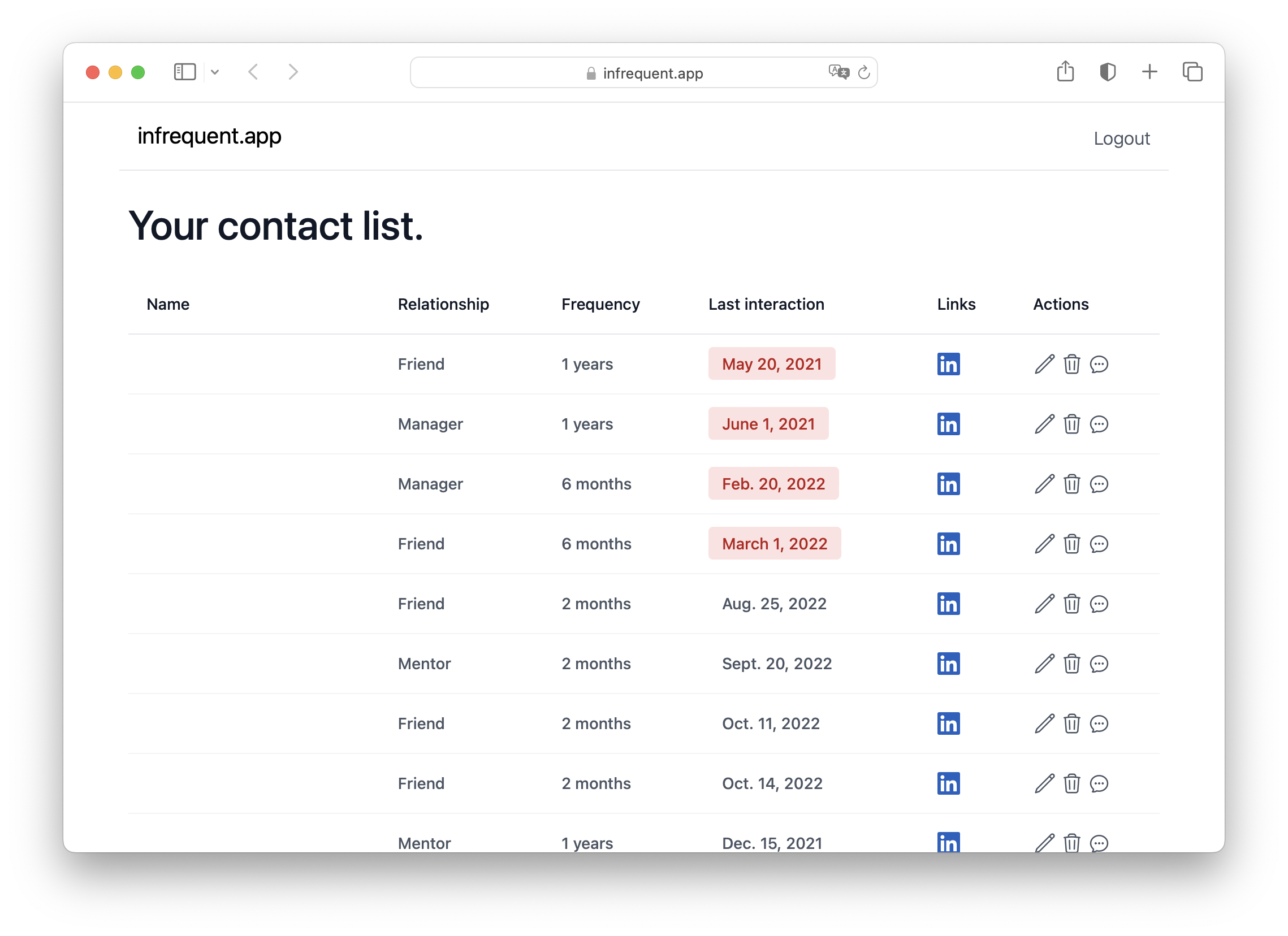 I'm not gonna lie, it's been pretty fun to get back into web development. I love AI&ML, but there's something special about web development. And Django, htmx, and tailwind have been a joy to work with. The stack is not straightforward to set up, but once you get going, it's a breeze to work with. Django is an incredibly powerful framework.

I don't have million-dollar plans for infrequent just yet. For now, I plan to continue using it, and entice others to do so too. I'll keep adding features to it, as mine (and maybe your) needs evolve. Feel free to give it a spin, and don't hesitate to email me if you like it, or think something is missing.